Why we need parents in the state system 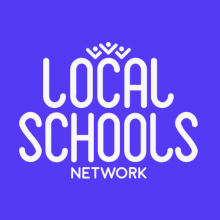 by Jackie Schneider
Posted: 02 Oct, 2010
0
Five years ago school meals in the London Borough of Merton were shockingly bad. Teachers, dinner ladies and head teachers felt powerless to improve them. A lively parent led campaign persuaded the local authority and local politicians that they were wrong to ignore this and they changed their minds. Money was found to build new kitchens in every school and the campaigners played a role in helping the local authority select new caterers and new menus. This was local democracy in action. Fast forward five years ... if this was happening now no doubt some in the coalition government would be urging the most concerned parents to opt out and set up their own free school with beautiful kitchens and trained chefs. This they may reason would shut up the most concerned parents and leave the state free to shovel industrial quantities of turkey twizzlers to the rest.

Although I am a huge fan of state comprehensives sometimes they make mistakes. When they do we need committed parents to help them see the error of their ways and even more crucially help the school to put it right.

I met Toby Young last week. Toby is a poster boy for the free schools movement and is keen to set up his own school in West Ealing. He is passionate about the teaching of Latin and believes it is key to developing academic discipline. I think if he really is convinced that this is vital he should set up a campaign to lobby for it. If he can build a convincing case and attract lots of support then educationalists and politicians will have to listen and he stands a chance of influencing the education of all children.

If we care about all the children in our communities I think parents have a duty to get stuck in helping schools improve so that everyone wins.

If it were just a case of Toby setting up his own school and not affecting anyone else then I wouldn't object. However the reality is that by Toby setting up his school he is taking money away from ours and actively damaging the viability of many successful local schools.

So far Michael Gove has handed £500,000 of our money to a shadowy organisation called the new school network that is made up of several private education companies. Money intended for schools technology budgets has also been used to promote free schools and academies.