by Francis Gilbert
Posted: 09 Mar, 2011
3
The most dramatic part of the Times+ teaching debate, "Our schools fit for purpose?" was when a Beginning Teacher heckled Michael Gove about the poor working conditions that many teachers have to endure at Academies. She complained that these Academies do not recognise unions, have very authoritarian structures and high staff-turnover. When Gove said that Academies were very popular with teachers, she heckled him saying that this wasn't true and that she knew of many teachers who were desperately unhappy while teaching at Academies and knew that Academies suffered from high attrition rates among staff. Gove, of course, ignored her and blithely went on to extol the virtues of these schools. However, many people in the audience agreed with the Beginning Teacher.
Share on Twitter Share on Facebook
Category:
School types
Academies

Teaching unions have encountered problems with academies failing to observe arrangements transferred under the Transfer of Undertakings (Protection of Employment) Regulations 1981 (TUPE) regulations. Many newly established academies also refuse to recognise unions or abide by other consultation arrangements.

When a school becomes an academy, the terms and conditions of employment of existing staff are protected under TUPE. However, George Osborne is suggesting that private companies could be released from this obligation.

If this is the case, staff already working in academies under their previous conditions of employment could find these conditions are altered. And what would be the consequence of Osborne’s proposal for existing staff in schools proposing to become academies?

yet many academies and proposed free schools present a longer school day, Saturday school and “enrichment” during holidays as a selling point. Finland manages to produce the top-scoring pupils in Europe while having fewer teaching hours than competitors. It's quality, not quantity that counts, but, as so often, Mr Gove is moving schools in the opposite direction. 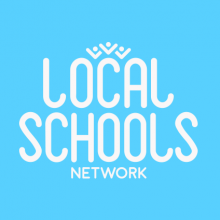 Permalink Paul Hopkins
Thu, 10/03/2011 - 21:35
I was vice-chair of governors at a school which voted to become an academy - I resigned on a point of principle. The staff were supposedly protected under TUPE and yet soon they were being asked to do more work, attend INSET in previous holiday time etc...

We know that academies are pressurising new teachers not to become members of unions (I work in ITE and have a number of stories from people on interview who attest to this) and that senior staff model themselves on Clint Eastwood ...

Well done this teacher - and yet again MG exhibits the characteristics of the "not so wise" monkey.