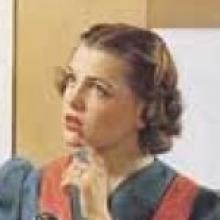 by Joanne Bartley
Posted: 07 Aug, 2015
0
When my daughter failed the 11 plus I weighed up her options for secondary school and found myself amazed by the stark difference in Ofsted ratings between grammar schools and non-selective schools. The vast majority of Kent grammar schools are rated 'Outstanding' while many local secondary moderns are in need of improvement or 'good' at best.

I now realise that this divide in educational quality is accepted, and statistically 76% of grammar schools are Outstanding, but only 13% of secondary moderns reach this grade.

I assumed that this was a flaw in Ofsted's ratings, that they failed to take proper account of the different intake. I was hoping those 'inadequate' non-selective schools were doing fine for their less able pupils and it was a flaw in Ofsted paper work that they neglected to note Kent’s school system. However I have just read a report from Robert Pike, Ofsted's Chief Statistician, which makes grim reading if you are in a selective school area and care about the quality of education in the secondary modern schools.

The letter was in response to the National Association of Secondary Modern schools, a new organisation with the worthwhile aim of highlighting that those who clamour for the return of grammar schools are also asking for 3 secondary moderns per grammar.

The letter can be read in full here:

My reading of the key points are these...

Grammar schools clearly do well, with Mr.Pike suggesting this is due to... competition between pupils, an orderly classroom, more effective teaching, better quality teachers recruited, more support from home and additional tuition.

If we take this as fact then we see the flipside is that secondary moderns do less well due to classroom disorder, worse behaviour, worse teachers, less home support.

The Ofsted statistician goes on to provide a graph of schools by Free School Meal numbers, accepting that it is the affluence of grammar school pupils that causes their advantage and high rating. He suggests secondary modern schools have more FSM and pupils with statement of SEN due to the wealthier pupils going to grammars, and accepts that this leads non-selective schools to be more likely to get a bad Ofsted report.

The figures show that any UK school with a high proportion of FSM pupils is more likely to be rated Inadequate or Requires Improvement.

Perhaps this is not surprising, but to so clearly see stats that prove disadvantaged children are receiving a worse education must need attention.

As Robert Pike put it 'It is not impossible for schools with lower attainment on entry to be judged good or outstanding; however, nobody is denying that it is harder for them to attain such a judgement compared to those with higher-attaining pupils.'

And, as he points out, 'perhaps the current education system has biased some schools to a degree prior to any inspection, ensuring they are more capable of making the required progress.'

I agree, the academic selection here in Kent has biased 11 plus failures to attend less successful schools. My daughter has been doomed by her results in a test at ten to attend a school that went into special measures and closed down, and now the school she moved to has just been rated 'requires improvement.'

I believe that it is possible to fix some of the flaws of Kent's system, but at present no one seems to be trying in a concerted way.

Here's a shopping list of tweaks that Kent could look at:

- A system to reward the best teachers for taking roles in secondary moderns.

- Tutor disadvantaged children to give them a fair chance at the test. The ‘tutor proof’ test does not seem to have worked. 12% of grammar school entrants come from prep schools, many parents hire tutors, and state primary schools vary in the amount of preparation they give children. This all adds up to an unfair system, only a point or two may divide an 11 plus ‘winner’ from a ‘loser’ and at present the wealthy are likely to be on the winners side.

- The 11 plus taking into account summer born children and adjusting scores. Statistically August born children are under-represented in grammar schools.

- The 11 plus being required to be taken (a voluntary system means some deprived children wil not be entered for the test by parents.) I would favour a CAT test given to all, and used to implement fair banding in the rest of the schools.

- Grammar schools being flexible and allowing late developers a chance of entry, not the current one chance system.

- A fix for the Ofsted report and exam/league table culture which is worse for secondary modern schools who always have less academic children. My daughter tells me her friends in lower sets have less qualified teachers (presumably because they can not gain the league table required C.) Schools with a less academic intake game the system because the risk of an Ofsted Inadequate is clearly higher. I don't blame the schools, I blame the system.

- Ofsted looking at its ratings and considering the effect on schools with a disadvantaged intake. The way it works now punishes already struggling schools with a 'fail' lable. Kent secondary moderns are full of children already labelled 'fail' in the eleven plus, then likely to see little academic success in their school (just in the grammar school up the road) and less likely to get impressive exam results. These schools need acknowledgement of what they do well for their less academic intake, not an Ofsted rating that demoralises an already troubled school.

The Ofsted answer is, 'Without challenging schools with higher proportions of low attainers against the same criteria (as grammar schools), Ofsted would be entrenching low expectations if it sent the message that poor pupils should not be expected to do as well as their more prosperous peers.'

While I accept that this viewpoint has some merit it is widely at odds with an 8 page report that has produced clear statistics that show poor pupils do not do as well as 'their more prosperous peers.' How does Ofsted think it is helping with their statistically likely bad rating for a statistically unlikely to succeed school?

It seems Ofsted is waiting for the world to change rather than considering its system fails schools with the most disadvantaged pupils.

The report on bias in grading from the National Association of Secondary Moderns: