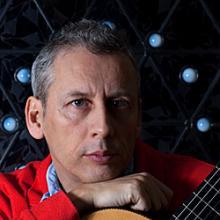 Bradley Simmons, Ofsted regional director for the South East, recently wrote to Reading Borough Council raising concerns about the drop in GCSE attainment for low achievers.  In his letter Mr Simmons makes it clear that he regards the Local Authority as responsible for both the LA maintained Reading Girls school as wells as Sponsor-led Academy, John Madejski which are both currently in special measures saying, “I trust you will recognise that, whether pupils attend an academy or a maintained school, the local authority has a key responsibility to act as a champion for its most vulnerable pupils.”   So LAs are responsible for Academies even though they have authority!

Quantitative objective research by Education Datalab (2015) shows that  pupils at schools with the most able intakes make the greatest amount of progress. The converse is also true and with the proximity of schools in nearby Wokingham taking the more able pupils* 40.1% of Reading Girls and 54.2% of John Madejski cohort are on pupil premium (DfE 2016).  Not only are they starting from so much further back than those with a more able intake, but in addition have to work all the harder in order to show any progress.

The Education and Adoption Bill explains that schools are, “eligible for intervention” if the governors … “have been notified that the Secretary of State considers the school to be coasting …”  but leaves the definition of coasting to the SoS.  In June 2015 Nicky Morgan issued a press release explaining that coasting would be based on the new Progress 8 measurement, going on to explain, “Those [schools] that can improve will be supported to do so by our team of expert heads, and those that cannot will be turned into academies under the leadership of our expert school sponsors – one of the best ways of improving underperforming schools.”

Government education policy overlooks the essential role schools play in developing skills such as divergent thinking and derivative subsumption.  Such skills are incredibly difficult to test compared to fact based assimilation such as establishing at what point in a child’s development they learn that round wheels work better than square ones but as a society there is nothing to be gained from re-inventing the wheel.  It’s been done.  Better to develop their curiosity and inventiveness so they go and invent something useful.  Something new.  These are the skills we need to foster for the country to remain intellectual leaders in a global economy but can’t be measured.  Due to the relentless political obsession on measuring progress, or worse still, attainment our schools are being forced to focus on the low value aspects of learning, simply because that part of the learning spectrum is feasible to test but Paul Dressel’s 1976 definition of grades as, “an inadequate report of an inaccurate judgment by a biased and variable judge of the extent to which a student has attained an undefined level of mastery of an unknown proportion of an indefinite material.” (Miller et al 1998) remains true to this day.

One health trust introduced a policy of sending any patients who’d been waiting longer than 45 minutes for an eye test or to be weighed (Betts 2014).  Such targets exist so politicians can tell us they’re driving down hospital waiting times and raising educational standards but what’s really happening?  If I had a broken leg I would probably find eye test mildly irritating but what really infuriates me is the fact that my children’s teachers are continually being told by their ignorant political masters that the only important thing is passing exams.  It’s educational lobotomy.

If, for the sake of the argument we accept that pupils’ ability to pass exams is the only useful outcome of our education system the SoS is still showing a remarkable level of amnesia.  After initially stating that the government would only force academy conversion on schools which failed to meet targets three years running we now have a white paper proposing, “A school-led system with every school an academy, empowered pupils, parents and communities and a clearly defined role for local government.” (Morgan 2016)  Just six months down the line Ms Morgan has evidently redefined ‘coasting’ as any school which has not complied with the government’s politically driven ambitions to monetise our school systems.  Maybe the eventual realisation that just as many academies would be defined as ‘coasting’ was too embarrassing.  Ms Morgan talks about empowering parents whilst simultaneously allowing MATs to kick them off school governing bodies (BBC 2016). Presumably her definition of empowerment means being still permitted to run cake sales for the PTA.  Last but not least, the local government have a clearly defined role in this whole process – to be blamed when it all goes wrong.

Thompson, D; Why do pupils at schools with the most able intakes tend to make the most progress?, Education Datalab, 5 May 2015

House of Commons; The Education and Adoption Bill, 3 June 2015.