Brexit ‘uncertainties’ are distracting attention from ‘day-to-day’ government business, says the Institute for Government.     The changed focus is ‘causing serious disruptions across government’ which affect public services and major projects.

The affect on the whole of Whitehall (author’s comments in brackets) with specific implications for the Department for Education (DfE):

·        21 ministerial resignations from the 2017 election to the end of 2018.  This number of resignations is ‘unprecedented’.  Many of these departures ‘can be attributed to Brexit’.  More than 50% of the Cabinet and 50% of all ministers only took over their responsibilities in 2018.

·        High level of civil service churn.  This is ‘expensive, ‘disruptive’ and results in a loss of knowledge and expertise.  (Michael Gove proposed slashing 1,000 DfE jobs during his tenure)

·         Whitehall civil servants being redeployed to focus on Brexit. (Schools Week  reports on how staff from the DfE and Ofsted have been ‘nabbed for Brexit planning’)

·        A risk that major projects will not be delivered on time and on budget.  The DfE has two major projects: School building – Private Finance rated green and apprenticeships reform rated amber.   This rating means ‘successful delivery appears feasible, but there are significant issues and intervention is required to bring the project back on track.’

·        More positively, civil service expertise has ‘seen developments’ during 2018.  Digital public services have continued to grow and the service has worked at ‘impressive speed’ to recruit staff focussing on Brexit.

Kent county council has issued guidance for schools about making plans in case of a no-deal Brexit, Kent Independent Education Advice reports.  These include contingency plans for disrupted transport for staff and pupils, breakdown in supply chains and postponing planned out-of-school visits.

UPDATE 11 February 2019:  Kent NHS trust are planning for six months of disruption of the UK leaves EU with no deal.  See here.

Brexit is essentially a

Brexit is essentially a crisis of national cognition, that is accelerating towards disaster.

TV News programmes have regularly sent reporters onto the streets to do vox pop interviews with the locals. It is hard not to be shocked by the poor quality (regardless of the side taken) of popular responses, where thoughtful rationality is in dire short supply, and trite phrases unrelated to evidence, predominate.

It is also a fact that that it was overwhelmingly the less well educated sectors of the US population that voted for Trump. This fits with the likelihood that individually targeted social media propaganda is far more likely to be successful with Kahneman System 1 (Piaget Concrete Operational), rather than System 2 (Piaget Formal Operational) thinkers.

Which is a powerful democratic argument for reforming the UK education system to prioritise cognitive development over SATs and GCSE testing designed primarily to drive the marketised school performance accountability regime brought about by the 1988 Education Reform Act, which preceded the 1995 date of the emergence of the anti-Flynn Effect (the population is getting dimmer) by just seven years. 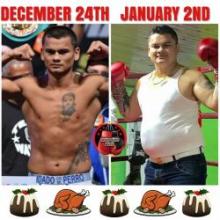 The disruption to schools is

The disruption to schools is caused by Ofsted. Nothing to do with Brexit.

Eamonn - I think you will

Eamonn - I think you will find that very little in our public and private lives will avoid being disrupted by Brexit.

Janet, I suggest your

Janet, I suggest your headline is inaccurate on this occasion. I believe it should read as follows - "GROSS mishandling of Brexit causing ‘serious disruptions across government’ while Kent advises schools on no-deal planning". It's time to allocate responsibility for the unmitigated mess that has become Brexit where it belongs.

To begin, David Cameron should have been required to remain leader of his party after forcing a referendum on Europe. Surely, only a coward would leave someone else to clear up their mess. Then when Mrs May took over leadership in a minority government, the cards were on the table. Anyone with even the most basic understanding of how toxic an issue Europe is and always will be for the Conservatives would have seen this coming. On top of that, the Corbin opposition has utterly failed to behave in a responsible manner, preferring instead to sit on the fence like some greedy, brooding vulture ready to pick at the scraps of our ailing democracy. In the face of a looming crisis he should have shown his statesmanship, maybe he couldn't. It's clear to all and sundry that Labour is not united over Europe either. The stage, therefore, was set for the politics of compromise and what we got was one 'baby' after another throwing their toys out of the pram. The people of this nation deserved better from the off. Now it is clear we will all pay, the most disadvantaged first and foremost.

John - after Cameron abandoned the stage after trashing the set I thought May was the best of a poor bunch for the job of PM.  I was quickly disabused.  Given that the UK was facing the biggest upheaval for decades, the electorate should have expected some major announcement mapping the road ahead.  But what was May's first major announcement about?  Grammar schools!   This suggested our PM didn't quite grasp the seriousness of the situation.  Or maybe diverting attention to something else in order to kick the can down the road.

And then more time was wasted on the general election.

You're right about Corbyn's lack lustre opposition (if you can call it that).  His campaigning during the referendum was notable for its absence.  But then he is a Euro sceptic at heart.

Interestingly, Matthew Parris writing in the Times a couple of weeks ago, said that if Yvette Cooper (or indeed her husband) were Labour leader, Labour would win hands down at the next election.

Would that be the Yvette

Would that be the Yvette Cooper and Ed Balls who in 2003 both voted for the invasion of Iraq, and the Ed Balls who, along with Kenne th Baker, was one of the worst Education Secretaries ever - the Ed Balls who signed off disastrous Academy reorganisations all over the country and especially here in Cumbria?

The Yvette Cooper and Ed Balls that were were leading members of the government that was defeated in 2010, leading to five years of horrific and unnecessary austerity including cuts to welfare benefits that the Labour opposition failed to oppose, and who were defeated even more heaviliy in 2015?

Would that be the Jeremy Corbyn who, against a tidal wave of media abuse increased the Labour vote in the 2017 General Election by the greatest amount since 1945, and under whose leadership Labour Party membership has more than doubled making the Labour Party the largest political Party in Europe?

Apparently, yes.  Not saying I agree entirely - just reporting the words of a journalist who was once a Tory MP.  As for 2010, the Tories didn't win either.  If the LibDems had gone into coalition with Labour... what then?  Same ghastly mess, possibly, given the quality of Labour leadershipat the time culminating in the ridiculous EdStone. Rather tongue-in-cheek question - is the burgeoning on support for Labour under Corbyn a sign of populism?  What's not in doubt is that he's always been a EuroSceptic so it's hardly surprising his 'opposition' is a bit lacklustre.

Today, the BBC is carrying

Today, the BBC is carrying out interviews with the public designed to test public understanding of key Brexit issues and terms.

The results are shocking if unsurprising. Micheal Shayer and Philip Adey have published taxonomies in science, maths and many other subjects, by which it is possible to classify the cognitive demand of topics and issues on the Piagetian scale 2A, 2B (early and late concete operational) to 3A and 3B (early and late formal operational). My M.Ed course at Leicester University in 1981/82, for which I received a Distinction, included my dissertion on the agreement and reliablity of science teacher's judgements of the cognitive demand of items in a range of science GCE and CSE science syllabuses using the Piagetian science taxonomy published in 'Towards a science of science teaching'. My conclusion was that teacher's could readily agree on the Piagetian classifications of cognitive demand.

It seems highly likely that a cognitive demand taxonomy of Brexit could readily be produced. As a science teacher it is obvious to me that most or all of the key concepts and arguments in the Brexit debate are at Piaget's formal operational level. Shayer and Adey have also published work on the distribution of Piagetian cognitive demand levels in the UK population, and this was decades before marketisation, Academisation and outsourcing inflicted the cognitive damage that work on the Anti-Flynn effect has revealed.

A study by Flynn (2009) found that tests carried out on British children in 1980 and again in 2008 show that the IQ score of an average 14-year-old had dropped by more than two points over the period. For the upper half of the ability range the performance was even worse. Average IQ scores declined by six points. This apparent recent reversal of the Flynn effect is confirmed by a parallel study carried out in 2005/6 by Michael Shayer and Denise Ginsburg (but not published until 2009) and gives weight to the contention that educational standards in England are falling as a consequence of the degrading of the education system. The decline in KS2 noted by Shayer, Coe and Ginsberg (2007) showed an even bigger effect than that recorded by Flynn: the 11 year-olds were testing at the level of 9 year-olds in 1976.

All this reveals the utter folly of holding a referendum on leaving the EU given that the vast majority of the electorate are incapable of understanding the arguments. It is also hard to overstate the risks of such a strategy when the inability of the majority of the population to understand the issues and make rational judgements is so easily exploited by the populist misrepresentations and lies of the far right in our politics that has largely taken over the governing Conservative Party. It is like having a referendum on taking urgent measures to combat climate change

The consequent predictable disasters are rushing towards us.