by Francis Gilbert
Posted: 19 Sep, 2012
6
Professor Robin Alexander is one of the most respected academics in the educational field. He pioneered dialogic teaching and directed the Cambridge Primary Review. During the last year, he has published two important academic papers: his response to the National Curriculum Review and an analysis of the ways in which international comparisons of education systems are misused by politicians. I'm going to look at his response to the National Curriculum Review here -- and will move onto discussing his other paper at a later date. Alexander's response to the National Curriculum has grown in relevance since it was published in June 2012. The full article is embedded below for you to read at your leisure, but I think it's worth pointing out some key points that need to be stressed again and again by anyone who cares about the English education system.

First, Alexander shows why it would be a great mistake to copy other countries' education systems in the way that the Education Secretary proposes we should. Alexander writes of Gove's letter in response to the National Curriculum Review: "There are several points at which the Secretary of State’s letter illustrates this distortion (of international comparisons), perhaps most strikingly when it says that we must ‘ensure that our children master the essential core knowledge which other nations pass on to their pupils’ (my italics). Clearly, in an interdependent and competitive world it is useful to know what other nations define as ‘essential core knowledge’ in the school curriculum, but it is surely taking matters too far to ordain that because a sample of their 15 year olds outperforms a sample of our 15 year olds in the PISA tests those nations’ accounts of ‘essential core knowledge’ should replace our own."

Second, Alexander shows how the government ignored not only the Cambridge Primary Review's (CPR) discussion of the aims of the education system but also the Expert Panel's, suggesting instead that the aims of education should be discussed after the structure of the National Curriculum was in place, thus guaranteeing that the aims will be no more than "cosmetic". Alexander writes: "Sadly, therefore, the concerns that CPR summarised in its 2010 policy priorities statement have not been heeded. (We must) address the perennially neglected question of what primary education is for. The Mrs Beeton approach - first catch your curriculum, then liberally garnish with aims – is not the way to proceed. Aims must be grounded in a clear framework of values - for education is at heart a moral matter - and in properly argued positions on childhood, society, the wider world and the nature and advancement of knowledge and understanding. And aims should shape curriculum, pedagogy, assessment and the wider life of the school, not be added as mere decoration."

Third, Alexander re-iterates some very important arguments set out in the CPR about standards and accountability. Standards should not just be measured by looking at English, Maths and Science; high standards should be insisted upon throughout the whole curriculum. Furthermore, schools need to be accountable in a variety of ways and by a variety of measures. We desperately need to look beyond exam performance and Ofsted grading if we're going to have a properly functioning system of accountability.

Fourth, Alexander mounts an incontrovertible argument that "talk" needs to be embedded in the curriculum at all levels. He writes: "talk that is cognitively challenging and rigorously orchestrated is absolutely essential to children's thinking, learning and understanding". Sadly, as Alexander points out, his passionate plea for oracy within the curriculum was airily dismissed by a Schools Minister (Gibb I think, although I don't know for sure) as "encouraging idle chatter in class". (With ministers as stupid as this, what chance do our children have?)

The rest of the paper reveals just how narrow Gove's new National Curriculum will be if implemented in its current form; it will chronically lack breadth, depth and rigour, and may well, as Alexander, points out, be impossible to implement.

Alexander's final concerns are worth spelling out here. He has four main objections about the proposed NC:

"1. It is for some of the nation’s children in state maintained schools but not all of them.

2. It offers no account of the national culture and circumstances to which a national curriculum ought to relate, being influenced more by dubious extrapolations from what other countries do.

3. It makes no attempt to reach a consensus on values and rationale, presuming instead that it is entirely proper in a democracy for a national curriculum to serve as a vehicle for imposing upon the majority the values, beliefs and prejudices of an ideological minority.

4. It represents not so much a curriculum as a syllabus for three subjects."

When Gove's plans are seriously scrutinised they found to be utterly lacking rigour; the proposed National Curriculum is neither "national" nor a "curriculum". In my view, this woeful joke of a curriculum needs to be junked immediately. Robin Alexander has implicitly stamped it as a "fail".

Permalink Janet Downs
Thu, 20/09/2012 - 13:32
Unfortunately there is little chance that Gove will take heed of Robin Alexander's wise comments. Gove functions on the premise that he alone knows what is best. He (or, more likely, his special advisers) trawl through reports and research for nuggets that seemingly support Gove's policies. These are presented out of context or with qualifying statements ignored (eg OECD opinion that academies/free schools would increase user choice is presented without the caveat that they would likely increase segregation). Warnings about using particular statistics (ie PISA 2000 UK results) are dismissed. Evidence, even from DfE research, which contradicts Gove's policies is buried (eg the finding that City Challenge was more successful than the academies programme). Gove, his tweeting SPADs, sections of the media who uncritically churn DfE press-releases, all constantly sing the refrain that the state education system in England is "broken" and only Gove's radical "reforms" will mend the situation. Sometimes, this is laughably inept eg when the DfE tweeted that Channel 4 FactCheck supported academy conversion when the opposite was true.

Sober, reflective analysis such as Robin Alexander's, will be unheeded. Gove, like the Emperor with no clothes, only wants to hear from from flatterers. 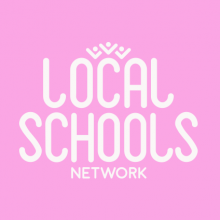 I think Robin Alexander's standing is beyond dispute or sarcasm. His qualifications and knowledge exceed anything Michael Gove could match. Gove would do well to listen to him rather than the coterie of "close advisers" who flatter him with what he wants to hear.

Since 2006, Alexander has directed the Cambridge Primary Review, an independent enquiry into the condition and future of primary education in England, and the biggest such investigation since the 1960s. The Review published 31 interim reports between 2007 and 2009 before its 600-page final report and recommendations, Children, their World, their Education, appeared in October 2009 together with an 850-page companion volume The Cambridge Primary Review Research Surveys. With continuing support from its sponsor, Esmée Fairbairn Foundation, the Review then entered its current phase of dissemination, policy engagement and network-building for which it was re-constituted as a Faculty Research and Teaching Centre.

Robin Alexander's work has been honoured by prizes, awards, honorary doctorates and visiting chairs, by major marks of recognition from the teaching profession including Europe's largest teaching union, and most recently by election to a fellowship of the British Academy (FBA).

Does anyone have a link to his analysis of the ways in which international comparisons of education systems are misused by politicians please?

Permalink Janet Downs
Mon, 24/09/2012 - 07:21
Richard - see faqs above "Is the UK tumbling down the international league tables?" which gives evidence of how the Government and its supporters misuse the OECD PISA figures. Also see the question re exam systems in other countries for info about what these exam systems really do compared with what Gove says they do (the main difference is that most of them have graduation at 18).

A more detailed critique on how Gove cherrypicked data from Massachusetts is here:

And a spoof "Yes, Minister" episode deals with the Government trawling the world for sprats which match their ideology:

Here's a link to Nick Gibb's lack of comprehension re American research into synthetic phonics:

And here's a selection of posts re how Gove is actually out-of-step with the countries he professes to admire: