Does anybody support the White Paper?

On Tuesday, in the House of Lords, the Labour peer Lord Watson asked "Can the Minister tell the House who, apart from existing academy chains, has come out in favour of the White Paper’s proposals?"

Lord Nash responded by claiming "A great many people have come out in favour of the White Paper’s proposals". However he was unable to name any individual or organisation who had expressed such support.

He went on to claim that the Sutton Trust, Ofsted and the NFER have made some positive comments about academies. He did to refer to the statements by those organisations that have been highly critical of academies. None of these three organisations has endorsed the White Paper.

The search for supporters of the White Paper

Yesterday on Twitter I mentioned that I was writing a post on who supports the white paper and asked if anybody knew of any. @jappo2000 commented that it would be a "short piece". When it was suggested that some people might support elements like teacher training reform, Dr Becky Allen - Director of the highly respected Education Datalab - commented, "nope. haven't met anybody who thinks ITT (initial teacher training) reforms are sensible".

I had thought that Jonathan Simons of Policy Exchange would be the one who did express full support. However he responded that "even I don't support every single thing in it!".  He went on to explain that he didn't like "the journal or coT support or the recruitment website".

Jonathan did try to suggest that local authorities were effectively expressing support by "pre empting it with schools already" (with plans to set up their own mutli-academy trusts). However Becky Allen responded that "that's not support. That is covering own backs in face of attack". @jonnypolitics made a similar point: "Can equally be spun as good people in LAs wanting to mitigate against worst effects, not pragmatic support."

The most unpopular White Paper in living memory?

The only organisation that was suggested as a possible supporter (apart from the academy chains who stand to benefit from it) was the Centre for the Study of Market Reform in Education (CMRE). It says something if the only organisation that might support the White Paper is a libertarian think tank dedicated to "exploring the potential of markets to improve education".

We know that many Conservative councils have come out against it, one responding that "they've gone bonkers". We know that the Conservative-led Local Government Association described it as "a risk to the quality of education that our children deserve in the future". Conservative MPs threatened to vote against the Queen's Speech if it included the White Paper proposals. Not only the NUT but the National Association of Head Teachers has threatened industrial action over it.

So the search continues. Beyond government ministers, and possibly some academy chains, are there any organisations out there who support the White Paper proposals, particularly forcing all schools to become academies and the proposed changes to teacher training?

If you come across any, please do let me know.

As a governor of 2 'good' maintained schools, all I want to do at the moment is weep for our children. Why are we just accepting all this nonsense? It is a betrayal of the democratic principle of local schools for local children where accountability for quality is transparent and immediate. 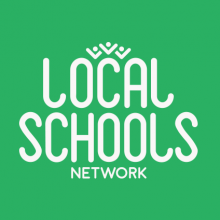 What about the Campaign for

What about the Campaign for Real Education? Do they support?

Looking at their web site I

Looking at their web site I can see why you might expect that. But there is no actual statement of support for the whtie paper. instead they say: "The Campaign for Real Education holds a neutral position with regard to the party politics that currently permeate education"

It appears Tory MPs have been

It appears Tory MPs have been sent a standard letter to use to support mass academization.  Here's an example.  It's used, in whole or in part, on other Tory MP websites including Matthew Offord, Andrew Bingham, Robert Buckland, Nigel Huddleston,John Howell,  Nigel Adams, Claire Perry, 'Uncle Tom Cobley and all...'

Lord Watson of Invergowrie is

Lord Watson of Invergowrie is the Labour Education spokesperson in the Lords, not a Lib Dem. I cannot find any Lib Dem commentary on the White Paper currently. Labour has done as much as it can and the motion and debate on April 13th were fine. But not enough. We need a game changer which can tap into the feeling against this white paper. Feeling is high. But not enough. It will go through if we do not have a unified campaign.

Ooops, well spotted - have corrected that