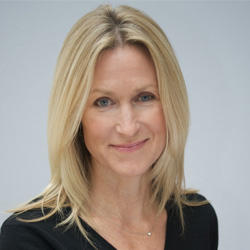 About:
Fiona Millar is a writer and journalist specialising in education and parenting issues. She was educated in London and graduated from UCL in 1979. She started her career on the Mirror Group’s graduate training scheme in Devon in 1980, then worked on the Daily Mirror and the Daily Express, as a news reporter, lobby correspondent and freelance feature writer. Between 1989 and 1994 she wrote the MP’s profiles in Parliament’s The House Magazine and in 1993 she co-authored a book of interviews with prominent women, By Faith and Daring with Glenys Kinnock.

Between 1995 and 1997 she worked in the Leader of the Opposition’s Office and between 1997 and 2003 she worked for Prime Minister Tony Blair as a special adviser. She now writes a column in Education Guardian, is a contributor to Commentisfree, the Guardian‘s online comment page and takes part in television and radio debates about education, parenting and family policy.

In 2004 Fiona wrote and presented a film The Best for My Child about parental choice for Channel Four. She has also presented several programmes for Teachers TV about parents and schools and has taken part in the Teachers TV Big Debate series. She recently co-presented The School Report, a documentary about the end of the 11 plus transfer test in Northern Ireland, with former Ofsted Chief Inspector Chris Woodhead. In 2006 she published, with Melissa Benn, A Comprehensive Future. Quality and Equality For All Our Children for the campaigning group Compass.
In 2009 she published The Secret World of the Working Mother looking at the experiences of women from all walks of life around the country as they juggle work, home and childcare.

Fiona stepped down as chair of the Family and Parenting Institute , a leading centre of expertise on family policy in the UK, in 2010. She is currently chair of  the National Youth Arts Trust, which has been set up to support the performing arts ambitions of  young people from less privileged backgrounds.  She is a member of the steering group of Comprehensive Future, which campaigns for fair admissions to secondary schools. Her own children have all been educated in their local state schools in Camden, North London where she lives with her partner Alastair Campbell. She is currently a governor of two of those schools, and chair of governors at one of them.She is also  chair of the governors’ forum which oversees a post 16 consortium of four local secondary schools and is the vice chair of the Camden governors’ association