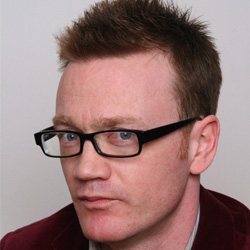 About:
Francis Gilbert is a parent, teacher and author. Having sent his son to a private school when he was five years old, Gilbert saw first hand the harmful effects of the private system. He discovered the teaching was poor and his son, Theo, was being bullied by both the children and the system in general (read a full account here) . Theo’s life has changed immeasurably for the better since he started attending the local state primary a few years ago: he has improved academically and he has grown in confidence. Above all, being part of the local community has made Theo – and the family in general – much happier in himself.

Having trained to be an English and Drama teacher in the late 1980s, Gilbert went on to teach in London in various comprehensives. He currently teaches part-time in an outer London school and writes books and articles. He has often appeared on TV and Radio, commentating mainly educational and wider social issues. His appearances include: BBC News and Breakfast, GMTV Breakfast, Daily Politics, Channel 4 Dispatches, BBC Newsnight, Radio 4’s Today Programme, Radio 5 Live and Radio 2. He is the author of I’m A Teacher, Get Me Out Of Here, Teacher On The Run, Yob Nation and Parent Power. His most recent book, Working The System – How To Get The Very Best State Education For Your Child (available from amazon, among other places) explores the advantages of having your child state educated. See also: francisgilbert.co.uk