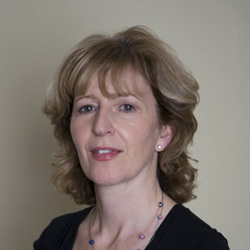 About:
Melissa Benn attended Holland Park comprehensive and the London School of Economics where she graduated with a first in history.  She has a long record of campaigning for high quality comprehensive education and the benefits it brings to society as a whole.

A writer and campaigner, her journalism has appeared in numerous newspapers and magazines and she has written five books, including two novels: Public Lives (1995) and One of Us (2008),  for which she was shortlisted for Waterstone’s New Writer of the Year award at the British Book Awards in 2009. Her non-fiction works include Madonna and Child: Towards a New Politics of Motherhood (1998); Education and Democracy, co-edited with Clyde Chitty (2004), a collection of essays on education; and A Comprehensive Future: Quality and Equality For All Our Children co-written with Fiona Millar (2006).  Some of her education journalism can be viewed on the Guardian website or on Melissa’s own site.  She is a regular speaker and broadcaster.

Melissa is an active and involved parent at Queen’s Park Community School (QPCS),  the local comprehensive that her daughters attend, one of the founders of an award-winning writer’s project at the school and a committed member of the parent teacher body.

In early September, Verso will publish her latest book, ‘School Wars: the Battle for Britain’s Education.’ During the early autumn she will be doing a number of meetings around the country, putting the argument for a different, fairer educational system, based on the idea as education as a public good not a private advantage.